Investment Lessons We Can Learn from Warren Buffett

Investment Lessons We Can Learn from Warren Buffett

Who is Warren Buffet?

Most investors know who Warren Buffet is, but for the benefit of those who don’t, here is a short bio of him:

Warren Buffett is currently the 4th richest person in the world according to 2020 Forbes ranking. He is widely regarded as one of the most successful investors of all time. He is the CEO of Berkshire Hathaway, a company that oversees more than 60 companies, including insurer Geico, battery maker Duracell and restaurant chain Dairy Queen.

Aside from being an investor, he is also a philanthropist he planed to donate over 99% of his wealth. So far he has given more than $41 billion away. In 2010, he and Bill Gates launched the Giving Pledge, asking billionaires to commit to donating half their wealth to charitable causes.

Warren delved into investment at an early age, he bought his first stock at age 11 and first filed taxes at age 13.

What can we learn from Warren Buffett?

1. Invest for the long term

Buffet always encourage investors to see themselves as a part of the company they are investing in, this will make them stick longer with the company, resulting to long term investment.

In his 1996 annual letter to his shareholders, Buffet wrote, “Your goal as an investor should simply be to purchase, at a rational price, a part interest in an easily understandable business whose earnings are virtually certain to be materially higher 5, 10, and 20 years from now.”

Buffet advises investors to invest in companies with strong fundamentals and keep their eyes on the long term. He wrote, “Holding for the long term is key, and the best way to accumulate wealth. If you aren’t thinking about owning a stock for 10 years, don’t even think about owning it for 10 minutes”

2. Investigate the company you are buying into

Warren Buffett has a famous quote: “Never invest in a business you cannot understand.” This simply means that before you invest in any company, go deeper in knowing more and give it a detailed evaluation.

In his 1996 letter to shareholders, he wrote, “What an investor needs is the ability to correctly evaluate selected businesses. Note that word “selected”: You don’t have to be an expert on every company, or even many. You only have to be able to evaluate companies within your circle of competence. The size of that circle is not very important; knowing its boundaries, however, is vital.”

In his investment journey, Buffett has heavily invested in financial stocks like Wells Fargo and consumer discretionary stocks like Coca-Cola.

3. Don’t buy into the market’s emotionalism

According to Buffett, it’s important to stay calm as an investor.

He wrote in his letter, “Remember that the stock market is a manic depressive. Markets will rise and fall for many reasons, but most of the declines will be relatively temporary. It’s important not to be manic depressive along with the markets. You do this by keeping your eye on the future and ignoring short-term market gyrations.”

“Every decade or so, dark clouds will fill the economic skies, and they will briefly rain gold. When downpours of that sort occur, it’s imperative that we rush outdoors carrying washtubs, not teaspoons.” Buffett wrote in his 2016 shareholder letter.

As an investor, you should always stick to the principle of buying low and selling high. With patience you’ll have plenty of opportunities to purchase great stocks at bargain-basement prices, as it’s currently happening with a number of stocks affected by the COVID-19 pandemic. This is the period regarded as the best time to buy stocks.

Excited by all the words of wisdom by Warren? Take advantage of current realities by investing in some of the best stocks around the world. Download ARM Stocktrade app today to start investing. You can open a stocktrade account at www.armstocktrade.com and start investing. The post Investment Lessons We Can Learn from Warren Buffett appeared first on Realising Ambitions. 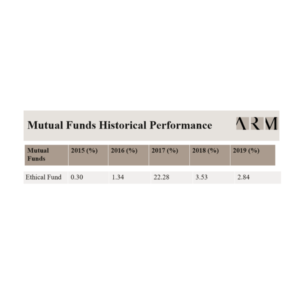 What you need to know about Ethical investing

What you need to know about Ethical investing

Copyright ©, Asset & Resource Management Holding Company (ARM) Limited. All Rights Reserved. Information on this website is provided "as is" without warranty of any kind, either express or implied, including, but not limited to, the implied warranties of merchantability, fitness for a particular purpose, or non-infringement. Some jurisdictions do not allow the exclusion of implied warranties, so the above exclusion may not apply to you. ARM does not accept cash and will never ask you to make payments to a personal bank account on its behalf, nor ask you for personal account details, card details or passwords to your account. The acceptable means of payment are cheques, bank transfers, USSD & online transfers. If you suspect any unusual activity on your account or in your dealings with ARM, we advise that you kindly call 0700WHISTLEBLOW (070094478532569) or click here to file a report