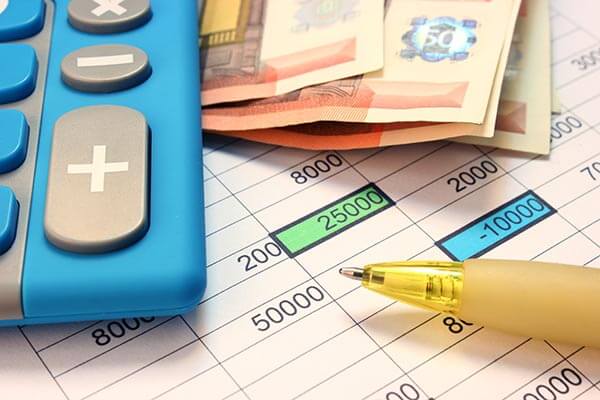 Barely two months after the submission of 2016 budget (“budget of change”) by the presidency; the National Assembly raised an alarm on suspected frivolous allocations in the budget document. Precisely, the appropriation bill was riddled with repetitions of items as well as bizarre and inflated provisions that would ordinarily question the FG’s true priorities. As examples, the size of the VP’s office’ supposed allocation for books and the ‘rent’ of N30 million at a purpose-built State House stand out. The president swiftly ordered an investigation with a view to righting the irregularities and bringing those responsible to book—the DG of the Budget Office and 26 others were subsequently relieved of their duties. Despite the implicit suggestion of malice, the irregularities still undermine the FG’s much publicized dedication to proper scrutiny and observance of due process. This point assumes some more importance when one recalls that, only a month earlier, the entire budget document was reportedly misplaced/substituted budget. Hence, the latest incident does little to boost public confidence in the FG’s capacity to plug loopholes, let alone enhance governance processes. One further implication is the almost inevitable additional delay to eventual passage of the appropriation bill.

Considering the influence capex was meant to have in resetting the economy on the path of growth, the implications of further delay are clearly negative. Last night’s release of the lowest GDP numbers in the new series (Q4 15: +2.1% YoY) only serves to underscore the seriousness of the issue. For us, given we had clearly signalled our GDP forecasts here “particularly sensitive to successful transmission of government stimulus to the economy”, we think that a downward revision of our expectations seems inevitable even before any 2016 numbers are released.

Currency challenges were at the center of economic discuss over February 2016. Although the naira remained stable at the interbank market, paucity of greenback at the parallel markets worsened over February with the naira reaching unprecedented lows of N385/$ in mid-February. The pressures continue to reflect CBN’s stoppage of dollar sales to money changers as well as rumours of planned ban of FX sales for overseas school fees and  medical bills which heightened speculative attacks on the naira, resulting in a ~15% plunge over the ensuing five day period after the rumours. In a surprise twist though, the naira retraced some of the losses a few days later, appreciating a significant 25% to N290 on February 24 from its historical lows. Given CBN’s stoppage of dollar sales to the parallel markets, the naira gains were attributed to autonomous dollar supply from foreign countries—with close West African neighbours and middle-eastern nations touted as possible sources. In particular, the President of the Association of Bureau De change Operators of Nigeria (ABCON), Aminu Gwadabe, noted that carry trade activities by residents of Dubai and other West African countries resulted in inflow of over $100 million into the parallel market on Friday, 19th of February 2016 alone igniting the naira gains. Importantly, since naira is freely traded across West African countries, we see significant potential for currency round tripping over the period. To buttress, we note that whilst there have always been possibilities of significant arbitrage gains from dollar round tripping from these countries to Nigeria, arbitrage spread (profits) expanded from N103.17 at the end of January to over N183.14 by mid-February. In our view, this extra inducement, which must have guaranteed sufficient returns net of any transaction cost, lends some credence to rumours of autonomous influx from West Africa in the period. However, rebound of domestic dollar demand subsequently offset these autonomous supplies, stoking renewed downward pressures on the USDNGN which closed February at N325/$ at parallel market. Going forward, we remain bearish on naira performance at the parallel markets in the near to medium term given still depressed economic fundamentals. In particular, foreign reserves are currently at over a decade low of $27.8 billion while outlook for oil revenues remain depressed despite current temporary retrace in oil prices. Importantly, the authorities’ lingering reluctance to devalue the naira should drive further market dislocation, retaining room for significant round tripping and arbitrage activities. 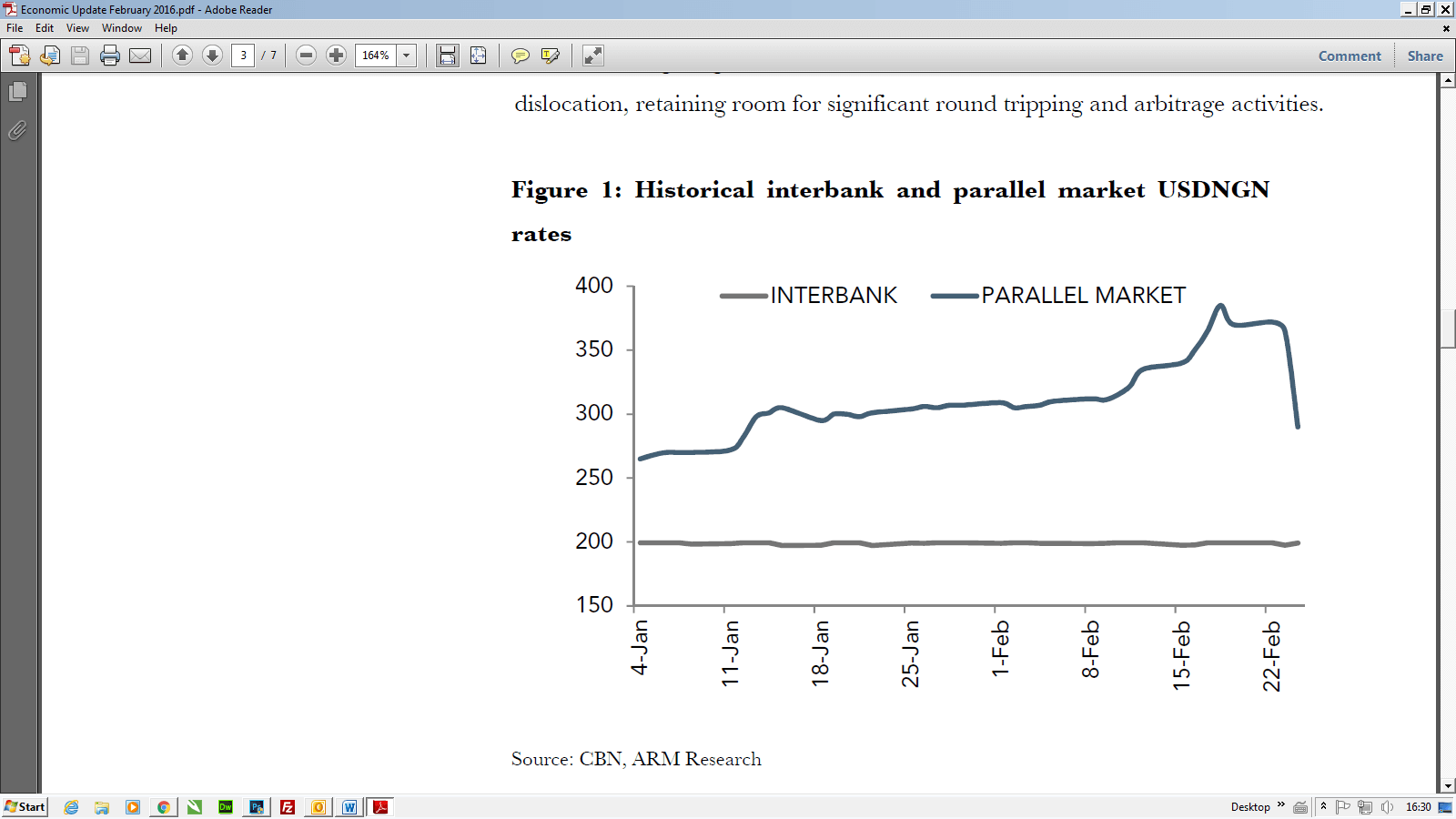 FX and PMS scarcities re-ignite another round of price pressures

The National Bureau of Statistics reports that headline inflation rose 9.6% YoY in January—unchanged from December 2015 and missing our call for a pullback to 9.4% YoY. Disaggregating to sub-components, food inflation was flat at 10.6% YoY while core index climbed 10bps from the previous month to 8.8% YoY. For the former, decelerations in farm produce more than offset upswing in processed foods, owing to sufficient carry-over stocks from previous harvest. On the other hand, the uptick in processed food reflected FX pressures which is one leg of the tripod that supports our expectation for higher inflation in 2016.

However, the ease with which benign harvest subdued the impact of widening parallel market premiums over interbank USDNGN (December 2015: 32%, January 2016: 48%) appears to affirm our thinking that the influence of FX pressures on the CPI basket over the year would be somewhat muted, relative to the size of the black market premium or any potential devaluation. However, what is clear is that the ongoing technical rationing of the greenback as well as delayed FX allocation to even sectors already marked out as priority segments have further raised the cost of doing business in the country, with knock-on effect on domestic prices. In particular, the re-appearance of fuel scarcity across key cities over the second half of February points to extended pressures on core inflation and was also attributed to inadequate FX allocation to oil marketers.

These, in addition to the implementation of ~50% to 70% increase in electricity tariff at the start of February, should drive overall inflation higher. Thus, overlaid with expected pass-through impact of higher food transportation cost, we see overall headline rising 20bps northward to 9.8% YoY in our February estimate. 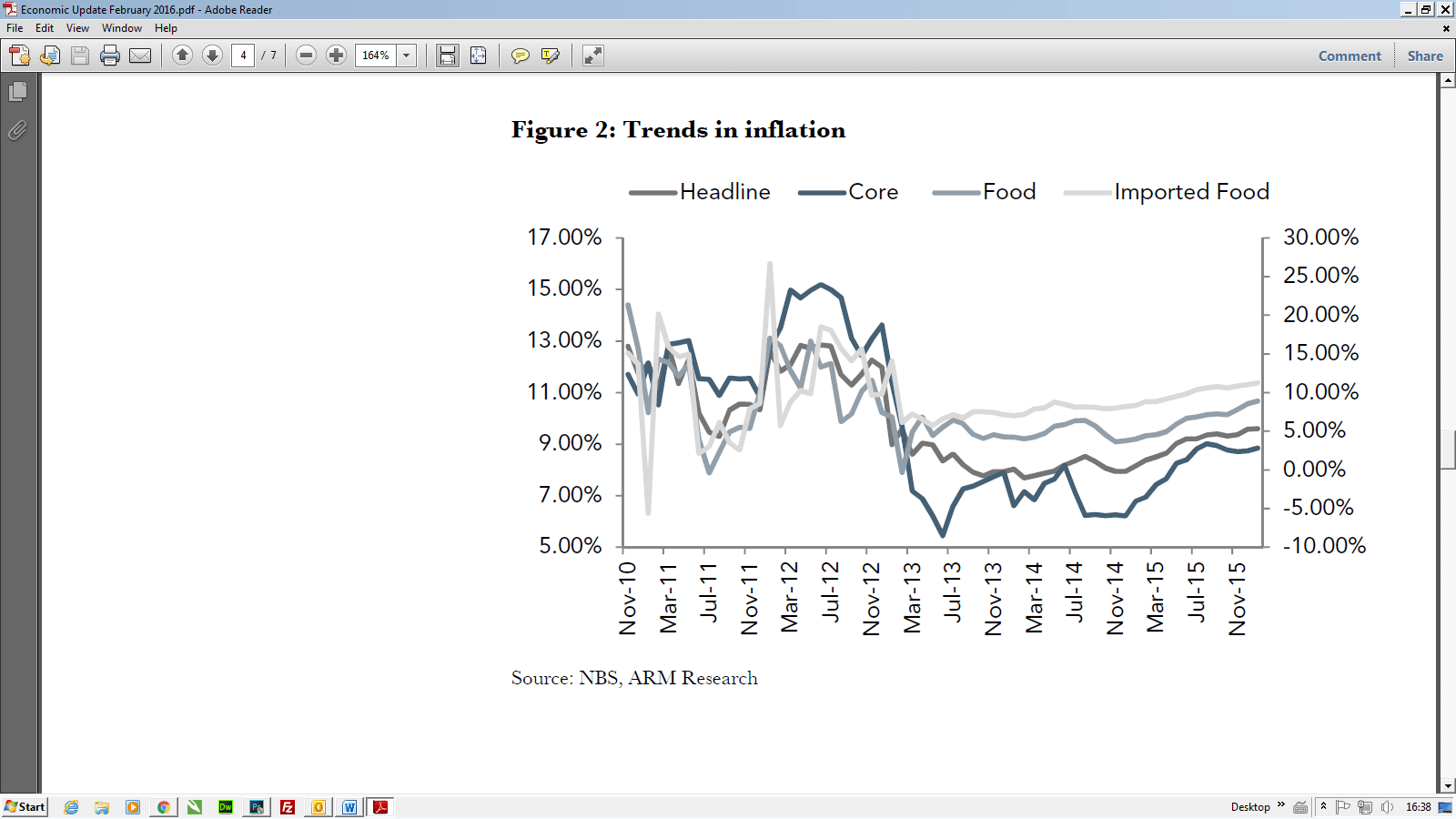 After two consecutive months of increase, the yield curve contracted a mild 6bps MoM to 8.48% in February. Slight contraction in average yield over the period was partly underpinned by ~8% MoM increase in market liquidity to N499 billion following relatively tamer OMO issuance which reversed the upward yield movements at the lower end of the yield curve. To put the latter in context, we note that CBN’s OMO sales declined 27% MoM to ~N509billion in the period, stoking average T-bill yield contraction of 12bps to 4.07%, 6.54%, and 7.89% for the 91 day, 182 day and 364-day papers respectively. Similarly, in contrast to the 93bps MoM jump to 10.79% recorded in the preceding month, yields at the longer end of the naira curve remained flat over February.  Interestingly, an ~18% acceleration in crude oil prices amidst expectations of an imminent OPEC output adjustment appears to have reversed the selling pressures on longer-dated treasuries, as observed in January. Overall, our expectation that OMO sales would be insufficient to drive a sustained spike in yields and FGN’s unwillingness to borrow at higher cost have clearly materialized. To buttress on the latter, we note that average cost of borrowing at the February bond auction narrowed 8bps MoM to 12.3% over the review period. Hence, with OMO sales expected to remain non-aggressive in line with CBN’s dovish posture and fiscal resistance to higher borrowing cost still rife, we expect yield contraction to subsist in the near term. 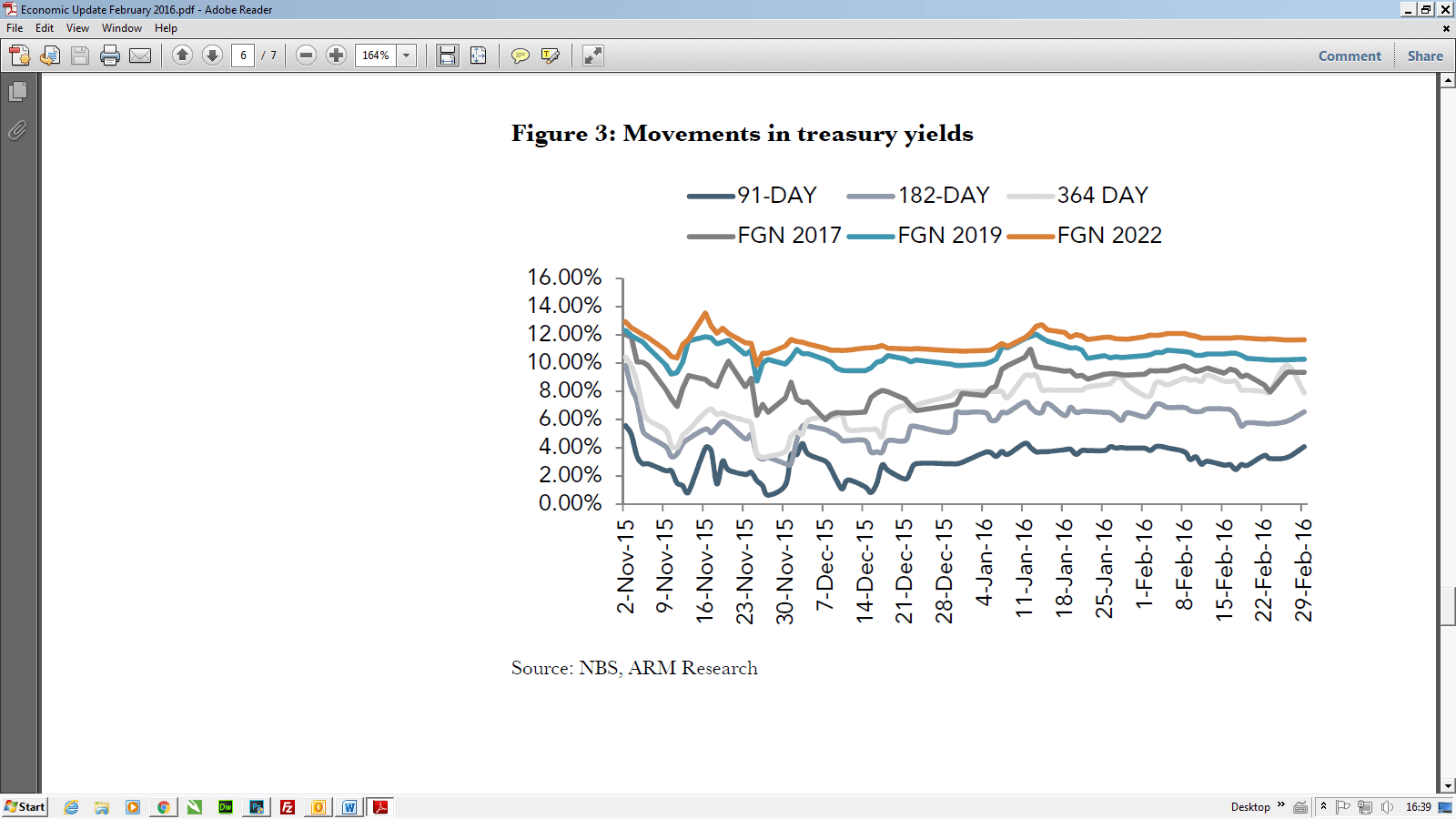 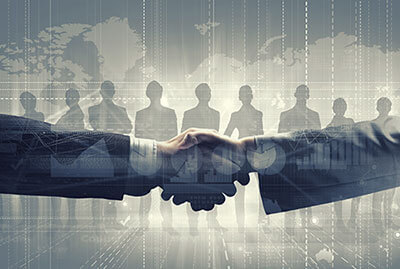